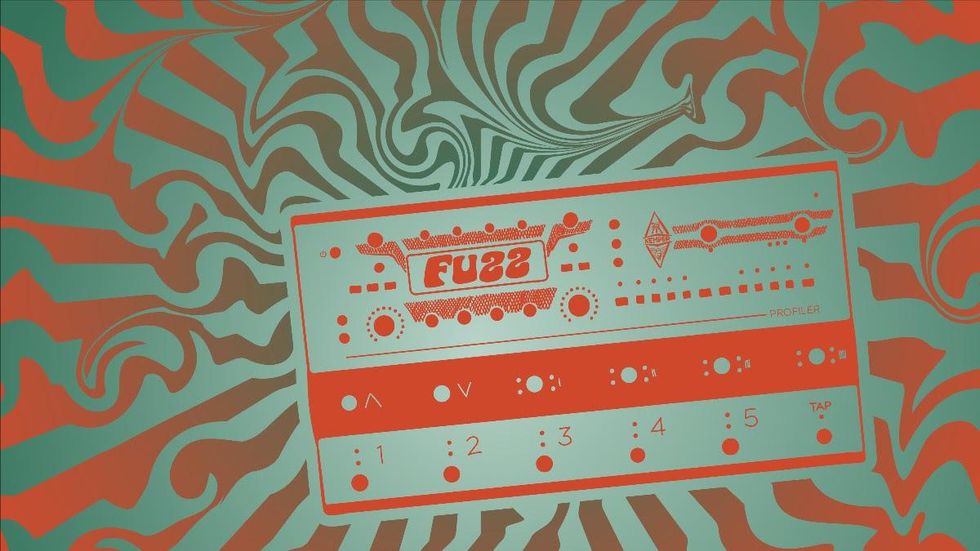 Primitive, for some even distinctive, gnarly-ness in guitar tone has become popular again. Fuzz distortion is back as a tonal and stylistic statement in contemporary music production. And there is also the movement and demand for authenticity and the praise for the go-to classic Fuzz pedals: Jimi’s Fuzz face, Tycobrahe Octavia, Rocket Octavia, the likes.

Kemper now has taken the time and looked at all the classic pedals and checked every nuance and tonal detail to build a revolutionary FUZZ System for the PROFILER. That delivers the most important Fuzz tones of the trade and beyond. And, as it happens all in just one device, guitarists can morph seamlessly through the history of Fuzz tone, from the 50s to today – and even tomorrow!

To make access to the classics as easy as possible the FUZZ Drive comes with a set of presets that take you straight to the basic tones of Fuzz Face, Octavias, etc. Guitarists can take it from here into yet completely unexplored tonal territory by cranking the parameters and adding further destruction FX from the PROFILER’s crusher arsenal.

With the also new offering of a vast array of Factory Presets, guitarists now have immediate access to not only the entire world (and beyond) of FUZZ tones but also any FX type of the trade. Just spend some quality time with your favorite guitar and the presets to get inspired, and just play!

For supporting the new KEMPER Powered Kabinets the KEMPER Kone Menu now also features a new Wattage Meter and a comfortable boost for the outputs to get the extra kick with external power amps for driving KEMPER Power Kabinets and other Kone equipped cabs.

Also with the new Studio Equalizer parameters, Steep Low and Steep High the filters can be switched from 1st to 2nd order, and the expanded gain controls expanded to +/- 18 dB for extra bite and surgical tone shaping.

PROFILER OS 8.2 comes also with the new Rig Manager 3.2 (Mac & Win), both are a free download for all owners of a KEMPER PROFILER from the Kemper Website.

How The Beatles Recorded Bass in 1967