Head back up to the Upper East side to the elite Constance St. Jude’s with the new Gossip Girl reboot, streaming now on HBO Max.

Set eight years after the original series, but with Kristen Bell returning to voice the narration of Gossip Girl herself, you can catch the drama of a new group of Manhattan’s elite teens on HBO Max.

The new series will likely be full of new heartbreaks, betrayals, backstabbing, with an all-new cast of wealthy Gen Z private schoolers who take to Instagram instead of the blogosphere to hash out their interpersonal drama. The reboot has already caught fans of the original series’ attention for its focus on social media and a more diverse cast.

If you want to catch all the glamor, gossip, and intrigue (or catch up on the original G.G.), here’s how to watch both Gossip Girl series online.

How to Watch Gossip Girl 2021 Online

You can stream new episodes of the Gossip Girl reboot with an HBO Max subscription. The first season consists of 10 episodes, with new episodes dropping weekly on the streamer every Thursday.

The streaming service costs $14.99 a month, and with a subscription, you can either stream the Gossip Girl reboot on HBO Max each week, or wait to binge it all at once. Your HBO Max subscription also gets you access to the streamer’s other acclaimed series like Insecure and The Sopranos, as well as highly-anticipated specials like the Friends reunion. You’ll also get instant access to HBO Max’s slate of movies premiering same-day in theaters, like In the Heights.

Need a budget-friendly option? The streamer just launched an ad-supported plan that lets you watch HBO Max for just $9.99 a month. If you’ve been considering signing up, now’s the time—the HBO Max deal is 33% off a regular subscription price.

You can also try the new annual plan, which gives you 16% off HBO Max if you prepay for 12 months of service ($99.99 with ads, $149.99 without). That HBO Max deal gets you a subscription for cheaper than paying month to month.

How to Watch the Original Gossip Girl Online

If you want to watch the original Gossip Girl online, HBO Max is also re-airing the entire series right now on its platform.

Your HBO Max subscription lets you stream both the original and reboot Gossip Girl series free online in 4K Ultra HD, HDR 10, Dolby Vision, and Dolby Atmos from your computer, phone or through your TV (note: you’ll need a 4K-compatible device to play 4K content on your TV; we recommend the Fire TV Stick 4K, which is just $49.99 right now).

Just like Disney+, HBO Max doesn’t currently offer a free trial. However, there’s still a way for you to stream all of the service’s content for free, all without playing the regular $14.99 monthly subscription.

Hulu currently offers a 7-day free trial here that includes HBO Max. You’ll get instant access to all of Hulu’s programming plus all of HBO’s programming to watch free for a week. You can use it to stream Gossip Girl free online, and catch up on other summer blockbusters as they premiere simultaneously in theaters and on HBO Max.

Another way to watch both Gossip Girl series free on HBO Max is if you become an AT&T subscriber (or if you’re one already). When you sign up for one of AT&T’s wireless phone, internet or TV plans, you’ll get HBO Max included for free, which will let you stream Gossip Girl online for free. You can sign up for either AT&T’s Unlimited Elite phone, AT&T’s Internet 1000 WiFi or AT&T’s TV Choice plans, which all offer a free subscription to HBO Max. See the full list of plans here.

How to Watch Gossip Girl Without an HBO Max Subscription

Besides HBO Max, your best bet for re-watching the original Gossip Girl series is by purchasing it on Blu-ray or DVD. Amazon currently has this complete series collection available for sale online. You’ll always have access to any of the seasons in the series at any time, even if you don’t have WiFi to stream it, or don’t want to pay for a monthly subscription to HBO Max. 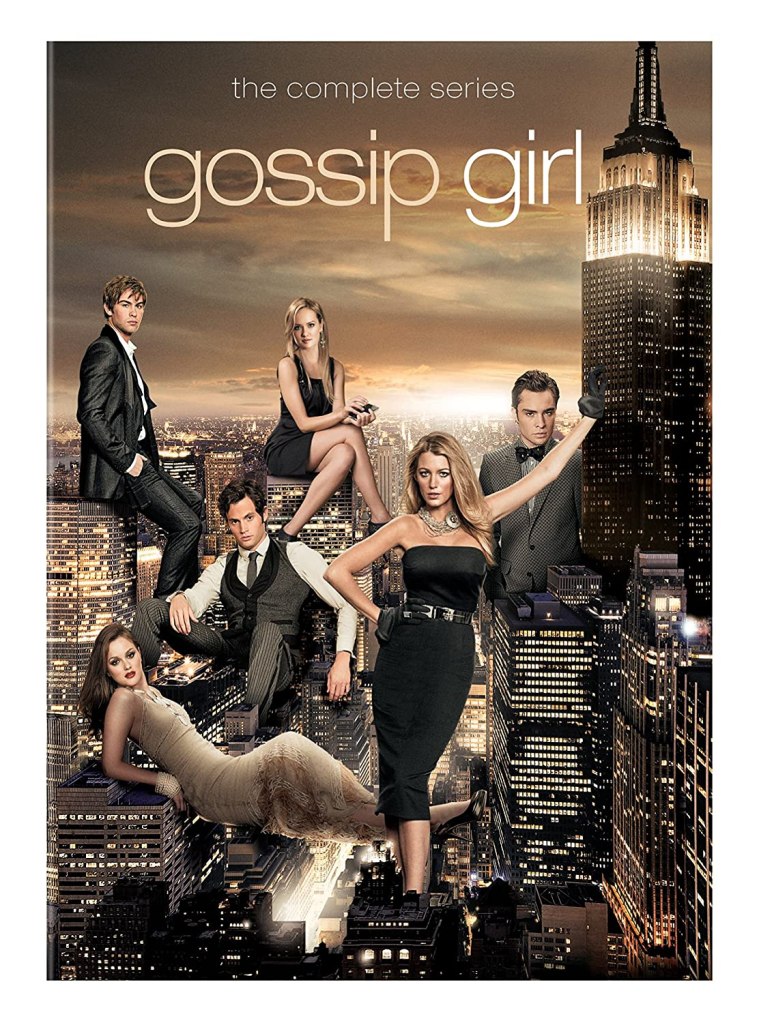 
Watching Gossip Girl on DVD is also a good option if you’ve never seen the original series before and want to check it out before streaming the reboot on HBO Max.

When Christmas dinner is over, the good times can carry on rolling with our flavour-packed dishes that make the...