Elvis Costello doesn’t speak Spanish, but on at least one occasion, he’s dreamt in it.

Back in 2018, the television writer David Simon had reached out to him about transforming “This Year’s Girl,” the prickling cut from his pivotal 1978 LP This Year’s Model, into a duet for the second season of The Deuce. The thought of reworking a classic might have unnerved a less adventurous artist, but Costello, ever the shapeshifter, was intrigued. He and his frequent collaborator, the Grammy-winning Argentinean producer Sebastian Krys, dug into the song’s original masters and added vocals by the singer Natalie Bergman alongside Costello’s. The process sparked all kinds of ideas about reinvention and reinterpretation for Costello — and some nights later, he had a dream that he’d been listening to all of This Year’s Model in a brand-new way: in a completely different language.

“The curiosity of this was discovering that the master tapes are in such good condition and hearing how powerful the band sounded when you took my voice out,” Costello tells Rolling Stone on a recent Zoom call from Vancouver. “There was so much going on. Then, when we heard Natalie Bergman sing that verse, I thought, ‘Well this is something different.’ And somewhere along the line, I made this leap to, ‘Let’s try to do this in Spanish.’”

Costello tapped Krys again to finish Spanish Model, an unexpected album due out on September 10th, featuring a roster of artists from Spanish-speaking parts of the world — including Juanes, Jorge Drexler, Luis Fonsi, Francisca Valenzuela, Fuego, Draco Rosa, and Fito Páez, among many others — singing translated versions of 16 songs drawn from the This Year’s Model era. The project isn’t a collection of tribute songs or typical covers; all of the new vocal performances are set to the Attractions’ original recordings and instrumentation, capturing the energy of the band, who backed Costello for the first time on the original LP.

Krys says he’d been a massive fan of This Year’s Model for years, and calls “No Action” one of his favorite opening tracks “of all time, for any record.” He served as the project’s key connector, helping Costello find vocal talents who could both carry the weight of the songs and breathe new life into them. They also worked with the artists (and, in some cases, the songwriters Elsten Torres, Ximena Muñoz, Luis Mitre, and Andie Sandoval), to adapt the lyrics.

“Initially I was just sort of shocked,” Krys says, remembering his reaction when Costello brought the concept to him. “And then I started thinking about it. One of the things I’ve always loved about Elvis as an artist is that he really follows the music and not necessarily what people expect. So, I thought, ‘Well, this makes sense, actually.’”

The first song from the project is a version of “Pump It Up” performed by Colombian rocker Juanes. The video cheekily reflects the spirit of Spanish Model by taking the band members’ bodies from the original video and sticking a cut-out graphic of Juanes’ head over them. Juanes, who remembers watching the video as a kid in Medellín, says that when Krys approached him about tackling “Pump It Up,” he was instantly game.

Although Juanes knew a lot about Costello’s work — he also collaborated with Attractions drummer Pete Thomas on his own latest album, Origen — the other artists involved with the project had varying degrees of familiarity with This Year’s Model. Many of them wanted to talk to Costello and glean as much as they could about the meaning behind the songs. “I spoke with Drexler for a long time about ‘Night Rally’ — he wanted to understand every idiom,” Costello says.

Others were eager to do their own thing. “Draco was saying to Sebastian, ‘I really have to speak to Elvis,’ so I thought we were going to have a similar-length conversation,” Costello adds. “He got on the phone and he said, ‘Can I do anything I want?’ I said, ‘Yes,’ and he said, ‘Okay then.’”

For Costello, Spanish Model has exposed qualities that had been lurking in the music all along. “We were only 23 when we made this record, so we didn’t know enough to mess it all up. We didn’t have big ideas. ‘Pump It Up’ was one take—the first take… so it had that new-paint feel about it,” he says. “The thing with the translation, and we’ve discovered a lot over the record, [is that] the Spanish adaptation makes the melodies sound a little different, because the sound elements are different. I sing with a lot of, shall we say, attitude, particularly then. With songs like ‘Hand In Hand’ and ‘Living In Paradise,’ I didn’t realize these songs had melody — I thought it was just me sneering. I didn’t realize they had tunes until I heard them sung by more melodious singers in another language.”

This project has also created quite a few new bonds both across generations and geography. “We met up at the old A&M Studios, the Charlie Chaplin Studios in Hollywood, which is now Henson, and we all talked, and one of the interesting things was hearing at what point any of the artists had heard of me, because I didn’t think they knew who I was. And with some, it was about new acquaintance, and some people had heard a record a while ago,” Costello says. “Likewise, some people I knew their work, other people I didn’t, so, that was all thanks to Sebastian. Now, I feel I have 15 new friends.” 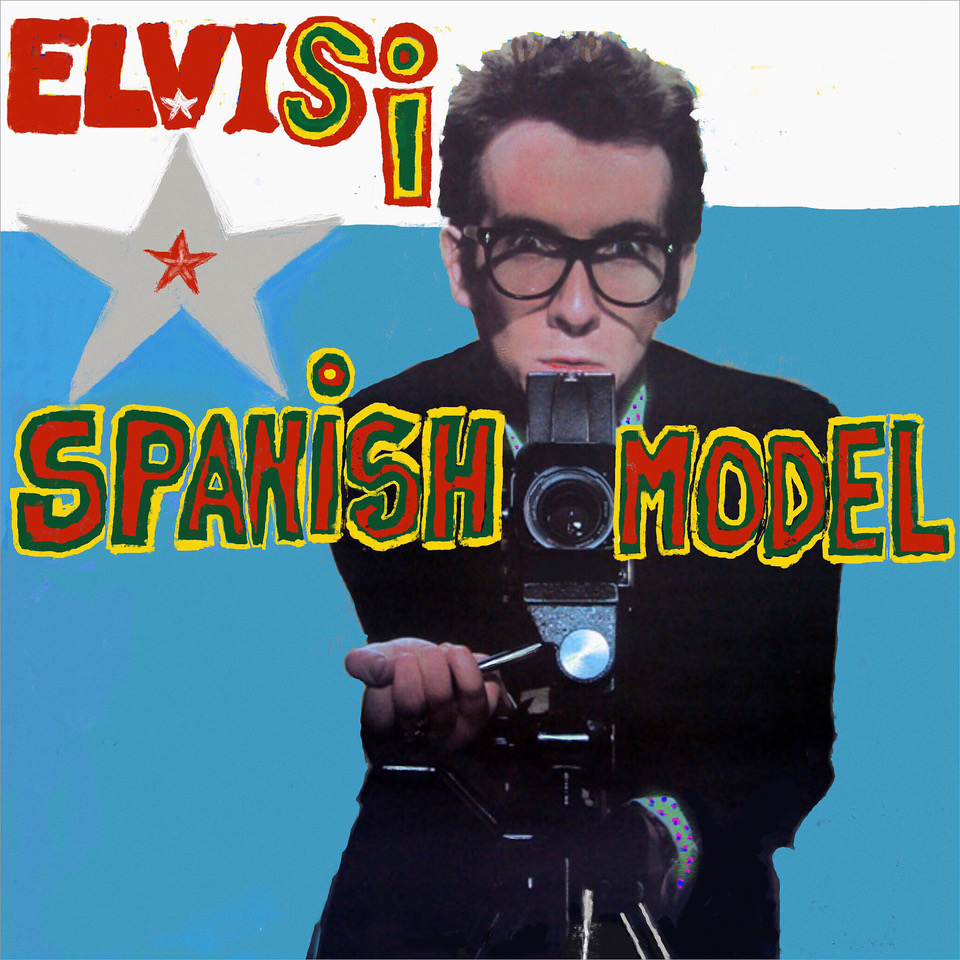 "Let It Be" (The Beatles) – Ukulele Play-Along!

From Trent Reznor and Whoopi Goldberg to Gigi Hadid and Jack White, our updating list of the stars who...