Dolly Parton Perfume Back in Stock: Buy ‘Scent From Above” Fragrance

Dolly Parton has a lot to celebrate these days. In addition to announcing a debut novel, due out in March, the country legend has just restocked her new perfume, after it sold out within days of launching on the shopping site, HSN.

According to reports, the new fragrance, titled “Dolly – Scent From Above,” sold faster than any other fragrance that HSN has sold over the last decade, after launching in July. HSN says Parton had the highest single-day sales for a fragrance launch, and the perfume, along with an accompanying body cream and gift set, quickly sold out completely on the site.

Fortunately for fans, HSN has now re-stocked the perfume, available in a 3.4 fl. oz. size in a beautiful butterly-topped bottle designed by Dolly herself. The eau de parfum is available for $59 on HSN.com. 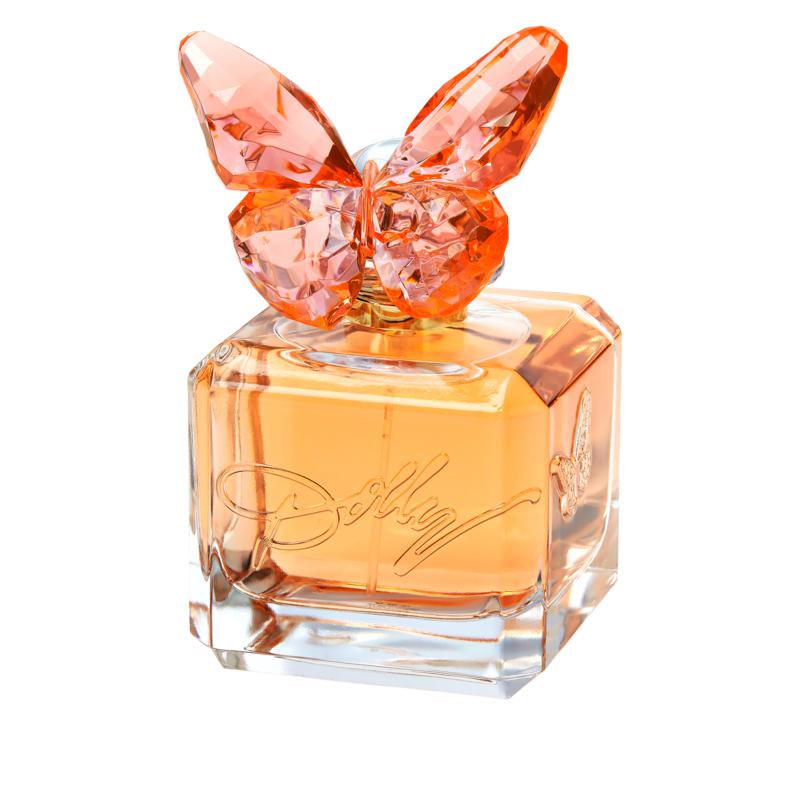 Parton created Scent From Above in partnership with Scent Beauty, and chose HSN as the exclusive retailer for the fragrance, hoping to reach as large an audience as possible. With floral notes of peony blossoms and jasmine mixed in with hints of mandarin, vanilla, patchouli and sandalwood, Parton describes the fragrance as “cloud-like and soft,” adding that “it smells heavenly, so what better name to give it than ‘Scent From Above?’”

In true HSN fashion, fans can watch Parton selling the perfume as part of a pre-taped shopping segment playing on the HSN website. The singer tells the hosts that the process of creating a signature fragrance took two years, adding that she drew inspiration from bath oils, bath powders, different perfumes and different “flavors” that she’s loved through the years. “I’ve always liked pretty things and pretty smells,” she says.

As for the bottle, Parton says she was inspired by her 1974 album, Love is Like a Butterfly, and memories of chasing butterflies around while growing up in Tennessee. Like a butterfly taking flight, “The fragrance transports us to a place where everything is possible,” reads a quote from an accompanying press release.

The new perfume may have also inspired some other creative outlets in Parton – the singer released a new song to accompany the fragrance launch, appropriately titled, “Sent From Above.”

With the Fretboard Summit taking place at Chicago's Old Town School of Folk Music in just over a week...