Now that live music has returned after a more than two-year hiatus, heavy metal fans couldn’t ask for a better double act than Queensrÿche and the mighty Judas Priest. These two legendary bands are currently in the middle of a six-week North American tour and fans are flocking to see the event.

Queensrÿche opened the night with an explosive set featuring material from their first five releases. The Washington band opened with “Queen Of The Reich” from their debut EP, the band took the stage with great energy and volume that was almost deafening. If there was ever any doubt that singer Todd La Torre could perform the material, that doubt would be quickly dispelled. La Torre is a fantastic singer and he definitely delivered.

The band performed many fan favorites such as “Warning,” the title track from their full-length debut album. Queensrÿche are an experienced band featuring some of the most impressive double guitar work from Mike Stone and founding member Michael Wilton. Many other classic songs were performed such as “Empire” which was always one of my favorite songs from an amazing album.

Other highlights included “Walk in the Shadows”. anger at order and a fantastic rendition of Operation: Mindcrime. Bassist Eddie Jackson and drummer Casey Grillo form a tight rhythm section that ties the musical structure together. Closing with the classic “Eyes Of A Stranger,” Queensrÿche left the stage to a round of applause from the ecstatic crowd, who eagerly awaited the mighty Judas Priest. 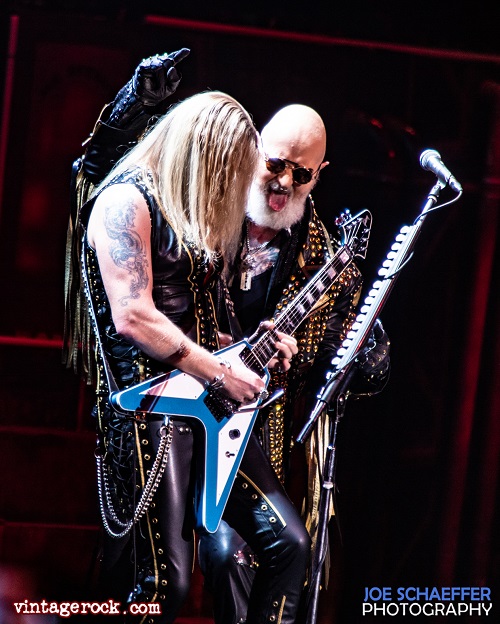 As the lights faded, Black Sabbath’s “War Pigs” blared from the PA system. Judas Priest took the stage like a juggernaut. They open their set with “One Shot of Glory” from the 1990 album Painkiller, lead singer Rob Halford immediately took control of the performance. As he strutted around the stage in leather, he no doubt knew what the audience was expecting.

Judas Priest has been touring and recording for over fifty years, with core members Halford and bassist Ian Hill still in the line-up. Drummer Scott Travis, formerly of Racer X from ’80s Angeles, has been with the group ever since Painkiller. Rounding out the band are guitarist Richie Faulkner, who has been with Priest since 2011, and guitarist Andy Sneap, who produced the band’s 2018 album. firepower. 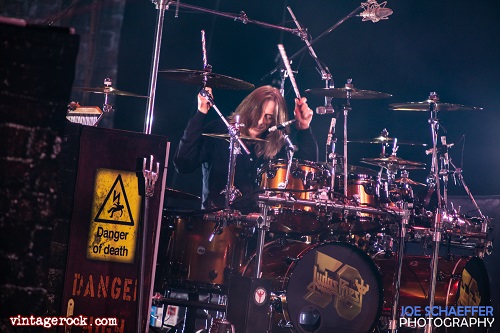 The band played an amazing set featuring a variety of songs from throughout their career including the amazing “Diamonds and Rust”, “Turbo Lover”, “You’ve Got Another Thing Coming”, “Desert Plains” and “Victim”. of Changes” from their 1976 album Sad wings of destiny. They also performed “Rocka Rolla”, the title track of their 1974 debut album, which I had never seen live.

After more than 50 years, Judas Priest can still deliver the goods. Halford may be a bit older and a bit slower, but he’s still a strong frontman. He does his job well and can heat up the audience if he is told to. He has retained his powerful voice and can still howl like a banshee throughout the performance. The band is on top form and the dual guitar work by Faulkner and Sneap is another highlight of the band. 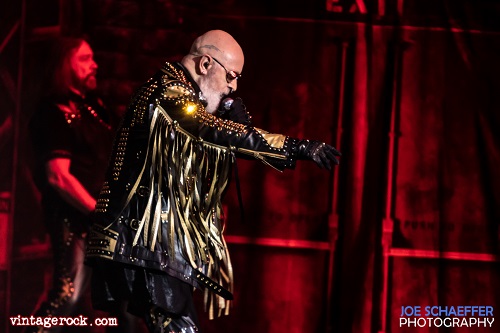 At the end with “Painkiller” Judas Priest said goodbye to the stage and returned after a short time. One of the best things about this performance was the crowd’s reaction. They were there to see one of their favorite bands and they never rested throughout the show. They were literally on their feet for the entire performance. The audience knew and loved all the songs performed.

The five songs as an encore began with “Electric Eye” from their double platinum album in 1982 Scream for revenge. I was instantly transported to the US festival in Southern California in 1983 when Priest was at the peak of her career. What a powerful track that captures the essence of the band. It was followed by “Hell Bent For Leather” from the album of the same name. 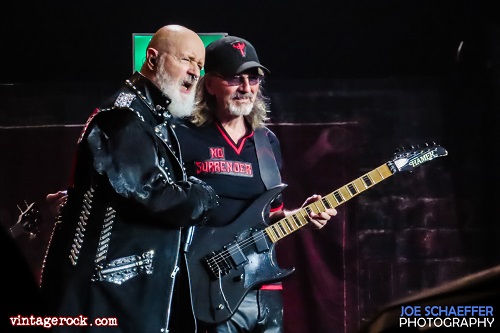 The final three songs of the night were a bit sentimental for fans as longtime guitarist Glenn Tipton, who was struggling with some health issues, took the stage to perform on “Metal Gods”, “Breaking the Law” and “Living After Midnight”. Seeing Tipton take the stage sent the already hectic crowd into a frenzy. “Living After Midnight” became an anthem for the band as the audience literally sang along to the entire song. There was an energy in the room that I hadn’t felt at a rock show in many years.

This double bill was a perfect and much needed kick in the ass for live music. Two powerhouse bands on the same bill is one hell of an event. I believe that 2022 will be a good year for rock concerts and things will go back to normal. 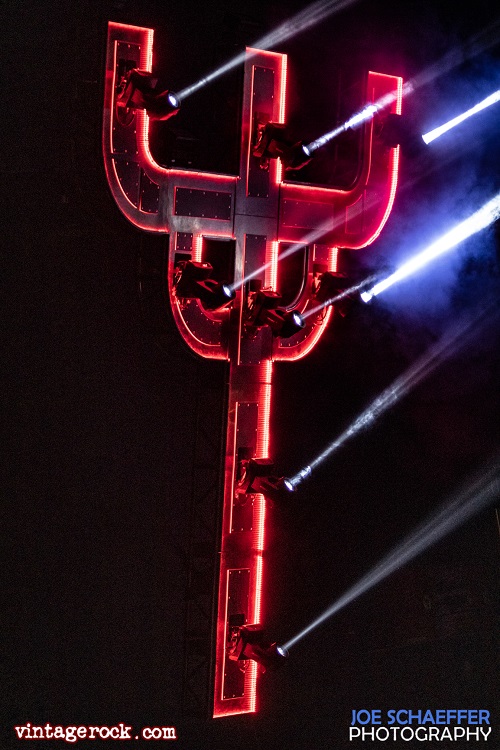 Myke Towers, Blessd, and Ovy on the Drums Are a ‘Tendencia Global’

Photo courtesy of Independent Music Promotions Unfortunately Steven’s new LP is about as interesting as its name—and its name...