In celebration of the recent release of her solo album Fierce Bliss, Heart singer Ann Wilson, along with her amazing band The Amazing Dawgs, landed at the majestic El Rey Theater in Los Angeles for the first of two nights and I was lucky enough to be there. It was the fourth stop on the tour and to say that Wilson and her band were more than warmed up and ready to rock would be an understatement. I’ve followed Ann Wilson’s career since the mid 1970’s and this is absolutely the tightest band I’ve seen her play with.

Wilson himself was in good shape too. She and her band took the stage in a shimmering sequined black dress and gold-embroidered black jacket, kicking off with Heart’s 1980 single “Even It Up” and her catalog of songs she performed on the set at seventeen Songs visited many times. Her vocals were spot on, and at age 71, Ann Wilson’s voice hasn’t faded at all compared to many of her contemporaries in the rock singer genre. To describe her simply: she KILLED!

“We’re out there, we’re spreading our wings,” she told the audience. After briefly discussing being locked down during the pandemic and deciding to record music, she performed the powerful “Black Wing” on track two Fierce Bliss while she accompanies herself on the flute. It was well received by the still arriving crowd, and the flute returned on the popular “Love Alive” that followed. Hearing Ann Wilson sing her hits from Heart was a treat, but her approach to other artists’ songs blew me away the entire evening.

Her powerful tenor breathed new life into the John Lennon ballad “Isolation”. Wilson and the band lit up this sad song with a lively pace provided by drummer Sean Lane and bassist Tony Lucido. Another treat was her rendition of the Robin Trower classic “Bridge of Sighs,” which she called “the bluest blues song,” and she really gave it a smoky torch-song feel thanks to her extended vocal range. I was very impressed that she covered the late Jeff Buckley’s “Forget Her,” a song where she exclaimed, “I just had to come in.” And with a very creepy delivery, she did just that.

Most impressive was guitarist Tom Bukovac. With a vintage BC Rich guitar, he literally channeled original Heart guitarist Roger Fisher all night. He nailed every nuance of Fisher’s original Heart recordings, particularly the savory tones and sorcery of the audience-friendly “Magic Man,” which drew a roar from the sold-out crowd at the end of the song. He and guitarist/keyboardist Paul Moak provided the backbone for the first song and single Fierce Bliss titled “Greed,” which Ann Wilson introduced as “one of the worst of the seven deadly sins.”

Another highlight of the evening was Wilson’s complete take on the Who classic “Love, Reign O’er Me,” which was so powerful, in my opinion, it even surpassed the original version. When my girlfriend whispered to me about halfway through, “She was BORN to sing this song!” I would have to agree. It’s the perfect song to show off Ann Wilson’s powerful voice and command of a lyric. As the song rose to its smashing end, the crowd rose and erupted, and the band took a short break. As the house lights came on, I observed that many in the audience amazingly shook their heads and formed the words, “Wow!”

The second half of the set started with the perfect song. “Crazy on You,” Heart’s first big hit in 1976, got audiences in the mood for a sing-along with its bouncy guitar opening. Wilson was clearly feeding on the energy of the crowd. She smiled and whined as her band kept rocking. They did a good job with the no-nonsense four-on-the-floor drive of the Steve Earle number “The Revolution Starts Now,” which is a song as relevant today as any other out there.

Wilson proudly introduced her band members to the audience and they deservedly received a huge round of applause. A nice rendition of Queen’s “Love Of My Life” preceded a trilogy of material from her early years with Heart. Starting with the beautiful “Mistral Wind” from the 1978s Dog & Butterflyit illuminated the soft part of Wilson’s voice more than any other part of the evening and then transitioned into her powerful wail in the second half of the song, again led by the talents of her fabulous band. 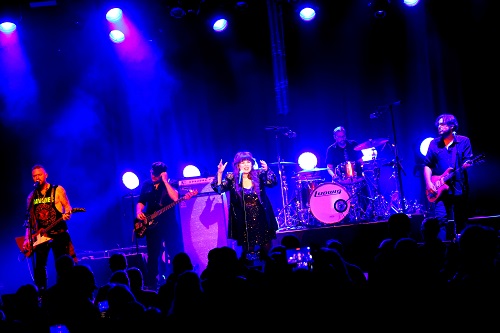 The band then stormed into “Barracuda” and the crowd ate it up. Bukovac shone brightly on this number as this song’s riff is legendary and its chunky guitar sound was spot on throughout. Wilson did it too. It was overwhelming to hear her singing in the same key at 71 as she did at the beginning of her career. The band then dove into the funky bass and drums opening notes of “Straight On,” which put a huge smile on Wilson’s face as she was flanked onstage by guitarists Bukovac and Paul Moak, letting the rhythm section take charge . Bassist Tony Lucido ran along and took an extended solo while drummer Sean Lane rocked his steady beat. Wilson and her band then left the stage at the end of the song to a delightfully loud reception from their impressed audience.

The band returned with a few Led Zeppelin numbers as an encore. Wilson is known for being one of the best when it comes to rocking the zep, and the well-known mandolin intro of “Going To California” got the crowd excited again. Her vocals fit perfectly with this 1971 classic. Her lovely tenor fits Robert Plant’s original wail like a favorite pair of jeans, and it’s neither forced nor exactly the same. It’s spot on.

Wilson and her band then ended their set with a rocker. “Black Dog”, the rocking opening song continues Led Zeppelin IVShe pulled out all the stops. It gave each member of the band time to show off their skills, especially drummer Sean Lane, who demonstrated his best John Bonham tricks behind the drums.

Wilson gave it her all and again her powerful voice and command took the song to a new level. It was a great way to start a two-night stand in Los Angeles, as well as the perfect song to send the crowd satisfied with an all-around outstanding performance. Well done Ann Wilson and co. Your talents are legendary and great to see you at your best. 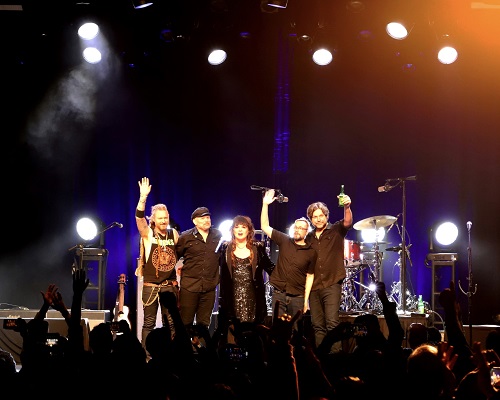 Railroad Memorabilia Building Up Steam In The Market

Railroad Memorabilia Building Up Steam In The Market

"I was like, 'Hey Harry, you know what would be a great idea?'" the comedian joked of #SpitGate ...

How to REMOVE reflections from glasses in PHOTOSHOP | NOT what you expect.

32 Best Things to do in Myrtle Beach, South Carolina