Serena Williams wasn’t expected to win the Grand Slam title at the 2022 U.S. Open. Far from it. She turns 41 later this month, and recently announced her plans to retire from tennis to focus on her family and business pursuits. She’s been dogged by an injury that took her out of competition for a year before her comeback at Wimbledon in June, where she lost in the first round. Some fans even expressed surprise that she returned to play again, with many wishing the GOAT could just retire peacefully atop her mountain of accomplishments. But that’s not Williams’ style.

Once a young girl from Compton, California, struggling to keep up with her older sister Venus, she spent her life saying fuck expectations — and then dominating. “There were so many matches I won because something made me angry or someone counted me out,” she told Vogue earlier this month. “That drove me. I’ve built a career on channeling anger and negativity and turning it into something good.”

The 2022 U.S. Open was no exception. Williams arrived on opening night in a diamond-encrusted outfit, complete with a glittering cape and jacket. Her five-year-old daughter was in the stands snapping pictures of the moment with a pink camera. Everyone knew it could have been her final match. But after her decisive win over Danka Kovinic, the special tribute to her career — hosted by Gayle King with a speech by Billie Jean King and a video narrated by Oprah — felt even more jubilant. “The atmosphere was a lot,” Williams said after the match. “When I walked out the reception was really overwhelming. It was loud and I could feel it in my chest. It was a really good feeling, a feeling I’ll never forget. I was just thinking, ‘Is this real?’” 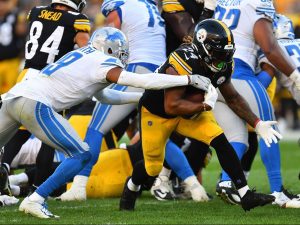 Williams has won the most Grand Slam titles of anyone — man or woman — in the Open Era, which began in 1968. She’s only one Grand Slam win behind the most ever, a title she would’ve liked to achieve, but ran out of time.

After grinding out a second-round win on Wednesday in a two-and-a-half-hour match against Anett Kontaveit, Williams fell to TKwho TKwhen [Ajla Tomljanović, ranked 46th, on Friday]. Despite a sense of inevitability, a feeling that she’d lose before the final round, it isn’t easy to believe we’ve seen the last of Williams on the court.

For one thing, fans know that she is not particularly happy to be leaving, making the goodbye that much tougher. “Alexis, my husband, and I have hardly talked about it; it’s like a taboo topic,” she said in her recent Vogue cover story, an as-told-to essay published in August where she announced her plans to retire, or as she prefers to word it, “evolve.” Retirement is too tough a word to stomach. “I can’t even have this conversation with my mom and dad. It’s like it’s not real until you say it out loud. It comes up, I get an uncomfortable lump in my throat, and I start to cry.”

It’s also tough to watch Williams being forced to make a choice many mothers, and almost never fathers, are forced to — between career and family. She won titles while pregnant and played while breastfeeding and struggling with what she described at the time as “postpartum emotions.” “I felt like I was not a good mom,” she said in an Aug. 2018 Instagram post where she shared that she’d been in a funk. “I read several articles that said postpartum emotions can last up to 3 years if not dealt with. I like communication best. Talking things through with my mom, my sisters, my friends let me know that my feelings are totally normal.” Now she’s making a choice she’s acknowledged she wouldn’t be faced with if she were a man. “If I were a guy, I wouldn’t be writing this because I’d be out there playing and winning while my wife was doing the physical labor of expanding our family,” she said in Vogue, eliciting a collective groan among women: If Serena Williams can’t have it all, what hope is there for the rest of us?

Part of her retirement comes because she’s a mother; part is also due to the unavoidable toll of age on an elite athlete — always a tough pill to swallow. She won her record-breaking 23rd Grand Slam title when she was eight weeks pregnant with her daughter, Olympia. She was also 35 at the time, the oldest woman ever to win a Grand Slam singles title.

Throughout her career, Williams has also publicly stood up for social justice, even as she endured racist and sexist taunts throughout her career. “The day I stop fighting for equality and for people that look like you and me will be the day I’m in my grave,” she said at a press conference after losing Wimbledon in 2019. In 2000, she pulled out of a tournament in South Carolina to support the NAACP’s boycott to urge the removal of the Confederate flag from the statehouse, and amid a summer of protests for racial justice in 2020, she spoke publicly about her pride in being a Black woman.

She founded a venture capital firm, which she plans to devote more time to in her life post-tennis, and she has said nearly 80 percent of the firm’s funds have gone to companies led by women and people of color. At Black Tech Week earlier this summer, she expressed dismay that nearly 99 percent of private business funding goes to white men. “I think the only way to actually change that is people who look like me to be writing the big checks,” she said at the event.

She even shared her experience of giving birth to her first child — in which she underwent an emergency C-section and experienced a pulmonary embolism, a condition which can be fatal — to highlight racial inequalities in American healthcare, where Black women are more than three times as likely to die during pregnancy or childbirth as white women. “Doctors aren’t listening to us, just to be quite frank,” Williams told the BBC in 2018. “Because of what I went through, it would be really difficult if I didn’t have the healthcare that I have — and to imagine all the other women that do go through that without the same healthcare, without the same response, it’s upsetting.”

Friday’s loss to Australia’s Ajla Tomljanović symbolized a bittersweet conclusion to the reign of the greatest of all time. Bitter because fans wish Williams could have it all, do it all, be the best — forever. At the same time, she’s made it clear her priorities have changed. Her supporters will need to accept this, and wait and see how she dominates the next chapter. After all, defying the odds is what she’s known for. “To me that’s kind of the essence of being Serena,” she said in Vogue. “Expecting the best from myself and proving people wrong.”

How to Paint Roof Shingles (And When Not To)