Fresh off his stint as a vampiric villain in Morbius, Jared Leto has set his sights on his next acting role. Leto will star in film about fashion designer Karl Lagerfeld, and will co-produce the project alongside the House of Karl Lagerfeld.

“Karl has always been an inspiration to me,” Leto said in a statement. “He was a true polymath, an artist, an innovator, a leader and, most importantly, a kind man. When we came together with the Karl Lagerfeld team, we immediately shared a creative vision of doing a respectful ode to Karl while pushing the artistic boundaries of what a biopic can be.”

Although the exact storyline has not been announced, the film will cover the key relationships and career moments in Lagerfeld’s life. Leto’s assertion that the movie will push the “artistic boundaries of what a biopic can be” certainly sounds on par for the actor, who is known for his fully method strategy.

Lagerfeld died in 2019 at the age of 85. According to the producers, a film about his life has been a possibility for several years.

“Over the years, we have been approached by several Hollywood producers who suggested to partner on a movie about Karl’s iconic life,” Pier Paolo Righi, CEO of Karl Lagerfeld, noted in a statement. “It has been only since we met Jared and Emma that we felt truly confident about the story being told in the artistic way Karl would have loved to see. Throughout our conversations, we have created an equally trustful and inspiring creative relationship that will allow us to work together very fluidly on this beautiful project.” 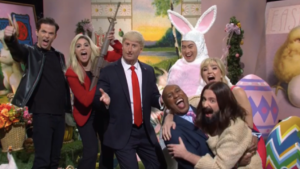 Earlier this year Leto starred as the titular villain in Sony and Marvel’s Morbius, which traced the origins of Dr. Michael Morbius. Leto’s method process on the film was apparently so intense that it took him for 45 minutes to go the bathroom because he was stumbling around on crutches. The production team eventually struck a deal with the actor that included transporting him back and forth in a wheelchair, according to director Daniel Espinosa.

On the set of Suicide Squad, Leto went all in on his Joker persona, sending his cast mates strange items like condoms and rats. For House of Gucci, he took his role as Paolo so seriously that he “climbed into that creative cave and came out through the bowels and intestines into the esophagus of the one and only Paolo Gucci,” as he recounted to i-D. What this all means for Lagerfeld’s legacy remains to be seen.

Noir Nook: Best Noir of the Year – Part I

Noir Nook: Best Noir of the Year – Part I

16 wonderful winter recipes we can’t get enough of

From one-pot wonders to energy-efficient recipes that won’t blow the budget, we’ve got you covered on the food front...