With exactly two weeks to go before the November midterm elections, what could be the deciding race for control of the Senate took center stage in Harrisburg, Pennsylvania. Daytime TV star Mehmet Oz and Pennsylvania Lieutenant Governor John Fetterman were grilled on Tuesday night on everything from fracking to the minimum wage, to whether they would be rooting for the Eagles or the Steelers this Sunday.

In his opening statement, Fetterman — who suffered a stroke in May — addressed “the elephant in the room,” and the resulting communication struggles he was experiencing in his recovery. “I had a stroke,” he said, [Oz] has never let me forget that.” Fetterman went on to declare that while he “might miss some words in this debate, mush two words together,” he would continue to fight for Pennsylvanians who had been “knocked down.”

Leading up to the debate, scrutiny was placed on accommodations made for Fetterman, including the use of closed captioning on the debate stage. The Fetterman campaign recently pushed back on attacks claiming his use of accommodations during his recovery process would impede his ability to serve in elected office.

Moderators pressed Fetterman on whether or not he would release detailed medical records regarding his health in the aftermath of the stroke. Fetterman declined to outright commit to making public such records, instead highlighting his doctor’s assessment that he was healthy enough to serve, a determination his campaign made public earlier this month. A statement from the Fetterman campaign celebrated the candidate going “toe to toe with a professional talk show host on live TV” while still in recovery. 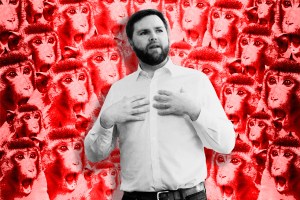 While the Oz campaign also praised their performance as a victory, writing in a statement that their candidate had “articulated how he would restore balance to Washington and find common-sense solutions to lower costs for families and make our streets safer,” the night was not without a few slips of the scalpel from the neurosurgeon-turned-TV-star.

When questioned on his stance regarding abortion, Oz stated that while he doesn’t want the federal government “involved with abortion,” he believed reproductive decisions should be decided by “women, doctors, [and] local political leaders.”

Oz declined to say whether he would vote for or against the 15-week federal abortion ban proposed by South Carolina Senator Lindsey Graham, instead simply stating that we would oppose federal restrictions on abortion.

The TV personality was also questioned as to his history promoting unproven medical treatments and products on his show, The Doctor Oz Show.

Economic struggles and inflation were a recurring topic throughout the debate. Both Oz and Fetterman indicated support for raising the federal minimum wage — Fetterman to a $15 floor and Oz to an unspecified amount above $15 determined by “market forces” and not a federally guaranteed minimum.

The Pennsylvania race will be a deciding contest in the battle for control of the Senate, and the spending has matched the stakes. Oz has spent upwards of $21 million of his personal wealth on his campaign, while Fetterman’s funding has centered largely on small donations. Fetterman raised more than $22 million between July, August, and September, compared to $9 million raised by Oz in the same period. Fetterman currently holds a narrow lead over Oz in polling averages.