“The Constitution does not prohibit the citizens of each State from regulating or prohibiting abortion,” Associate Justice Samuel Alito wrote in the Supreme Court’s majority opinion striking down 50 years of federal protection for abortion earlier this year. The words unleashed chaos across the U.S., casting innumerable patients and providers into legal limbo. By election day, abortion was inaccessible in more than a quarter of the country, thanks to pre-exsisting laws that went into effect following the Court’s decision.

Now, the citizens have finally had their say: in at least 4 out of 5 states where abortion rights were on the ballot — including the ruby red commonwealth of Kentucky — voters have fortified protections and rejected measures that would have led to new restrictions on the procedure. (In state number 5, Montana, where final results aren’t yet available, it’s looking promising as well.)

Voters in Vermont and California both moved to enshrine the right to abortion in their state constitutions — victories that, given the states’ political compositions, were not particularly surprising. But Michigan followed suit as well, passing a measure that protects a woman’s right to make reproductive decisions and prohibits prosecution for exercising that right. The measure also, importantly, invalidates any state laws that may conflict with it. That means that an existing 1931 abortion law on the books in Michigan, which the members of the state’s GOP-led House and certain county prosecutors were itching to enforce, will be now nullified. 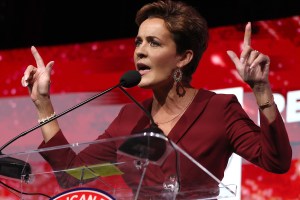 Even more consequential, however, was the triumph for reproductive rights in Kentucky, where abortion has been illegal since the Supreme Court’s decision in June. Voters in Kentucky soundly rejected an initiative that would have stripped protections from their constitution and paved the way for lawmakers to further restrict the procedure. Rachel Sweet, campaign manager for Protect Kentucky Access, the group that worked to defeat the proposed amendment, called the win “historic.”

“Not only does it represent a win against government overreach and government interference in the people of Kentucky’s personal medical decisions, it represents the first time so many different organizations have come together with such an intense single-minded purpose to defeat a threat of this magnitude,” Sweet said in a statement. “Kentuckians have spoken, and politicians in Frankfort will have to listen.”

The impact of the result in Kentucky can’t be understated: medical providers previously mounted a legal challenge to the state’s trigger and a six-week abortion bans, but Kentucky’s Supreme Court said it would not hear arguments on the case until after the election. (Another win for advocates in the state: Joseph Fischer, a former Republican lawmaker and one of the key figures behind the state’s extreme anti-abortion legislation, appears poised to lose his campaign for a Supreme Court seat.)

Only one ballot measure remains up in the air at press time: the “Medical Care Requirements for Born-Alive Infants,” a pre-Dobbs throwback sent to voters in Montana after it passed the state legislature in 2021. If approved, the law would impose fines and jail time on doctors or nurses who do not make every possible effort to keep newborns with no chance of survival alive for as long as possible. Medical professionals in the state came out against the proposed measure, saying it would prevent them from doing their jobs, and inflict needless pain on parents who wish to hold their children during their final moments.

From this side of Tuesday’s election, it’s clear that overwhelming majorities of voters want abortion protections. But it wasn’t not all good news for the supporters of reproductive rights: anti-abortion ballot measures may have been swatted down by voters, but a slew of extremists officials were elected and re-elected around the country, including Sen. Marco Rubio in Florida, Gov. Greg Abbott in Texas, Gov. Brian Kemp in Georgia, and Eric Schmitt, the newes senator from Missouri.