Marc Bonilla Brings His Keith Emerson Tribute To The Masses 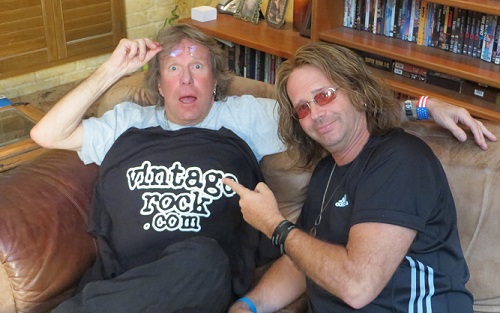 When Keith Emerson died in 2016, fans and supporters around the world were shocked, devastated and completely at a loss. The musician, a pioneer of progressive rock, often referred to as “Jimi Hendrix of Keyboards”, left two sons, grandsons, hundreds of friends and contemporaries, and thousands of admirers. The emptiness was deep.

In the following months, Emerson was honored in front of the audience by ELP bandmate Carl Palmer and keyboardist Rick Wakeman. In Los Angeles, where the keyboardist lived and worked for the last part of his life, Marc Bonilla, a frequent contributor, staged his own all-star tribute show. The concert on May 28, 2016 at the El Rey Theater in Los Angeles, considered an “official” tribute to Emerson’s family, was a musical extravaganza that exceeded all expectations. The only other tribute concert I can think of that really captured the essence of the honored artist was the 2002 show at London’s Royal Albert Hall for George Harrison.

I spoke to Bonilla the day before he and some of the other attendees on the show were due to webcast for the long-awaited CD and DVD release of. to advertise The Official Keith Emerson Tribute Concert. He told me that after Emerson’s death, the family asked him to gather friends and fellow musicians from the Los Angeles area to do a tribute show. Everyone Bonilla spoke to signed up. Each keyboardist had the option of choosing a Keith Emerson song and, miraculously, each chose something different from the other. There was only one rehearsal and everything fitted without any problems.

“Everyone prepared, everyone took us seriously,” recalls Bonilla. “No egos, everyone left them out. Pretty much all of these people could have their own band, but they all knew that in this case they were serving the music. And they all gathered together and said whatever you need. And it was great. “

The capacity of the El Rey Theater is given as 771, which means that only a lucky few could experience the honor. Videos from the night made the rounds on YouTube, of course. Everyone knew the show was professionally filmed and recorded, so why did it take five years to get released? There is no easy answer to this question, although Bonilla does his best to explain.

“It took so long because I had to stick with it,” he says. “And what I mean by that is that these guys all signed up – put their time and effort into this with no money. There was no money behind it, no budget behind it. It was all for a good cause. And I told them at the beginning, ‘Nobody is going to make money with it, all the money we make tonight if we make a profit is going to be used for charity. When it came time to market that, after we mixed it up and edited it and all that, all the record companies wanted their cut and they said, ‘No, no, this is not going to happen. This was done for charity. That’s where it goes. ‘ And everyone said, ‘Good luck finding a record company that wants to do that.’ “

Bonilla resolutely refused to give in, stating that he would “sit on it forever” to keep a promise to the Emerson family to donate all proceeds to a charity for dystonia, a muscle disease from which Keith Emerson suffered. It wasn’t until 2020 that Cherry Red Records made a performance and said they would release the concert DVD and CD for free. Bonilla said it would be a real favor for Martin Darvill of QEDG Management, who runs the affairs of several progressive rock bands, including Emerson, Lake & Palmer. A fund was set up, of which 90 percent of sales go to the established Keith Emerson Fund of the Dystonia Medical Research Foundation and the other 10 percent to cover costs.

“Nobody makes money with it,” Bonilla reminds me. “It took me so long to find someone to do this because I wouldn’t jeopardize everyone’s initial efforts.”

With live events still up in the air due to COVID-19 restrictions, plans for a premiere or celebration have been ruled out. To avoid the usual fanfare, Bonilla made the decision to only release a CD / DVD package along with a subsequent digital release and maybe show it off at events across the board. Put simply, he knew that the demand was there and emphasized: “We didn’t want to sit on it any longer. We wanted people to see it. People are starving for live entertainment, including musicians. So we thought this would be a good time to bring this out. “

Acknowledging that all of this happened five years after Emerson’s death, Bonilla adds that posting the tribute “is a great way to celebrate his existence rather than mourn his absence”. When you talk to the guitarist you get the feeling that he isn’t interested in how Emerson died, but how he lived. 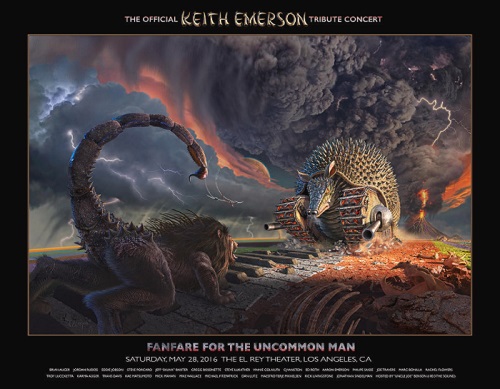 Marc Bonilla and Keith Emerson made a lot of music together, some of which haven’t seen the light of day. It remains to be seen whether any of this will become available for public consumption. Working with Emerson, Bonilla realized that the keyboardist did not see his legacy highlighted by his playing or success at Emerson, Lake & Palmer. Above all, he wanted to be recognized as a composer.

“After the Keith Emerson Band, we went to orchestras and worked with Terje Mikkelsen. We did that Three fates project in Munich. And then the one that came out last year – Behind the stars. It was the direction we wanted to go. Keith wanted to get more of his composing because he’s such a great composer and he really wanted to be more of a classical style.

“When we were in Munich and did ‘Tarkus’, I went back to the rehearsals and Keith was back with tears running down his cheeks. I’m like, ‘OK what’s up?’ And he says, ‘There is nothing wrong with it. They don’t know that I composed this piece on a piano in my parents’ basement when I was just 20. And I’ve always imagined this moment as a fully orchestrated version. And now I could fill it. That’s why I played synthesizers – because I was the closest I got to an orchestra without having to hire an orchestra. ”At that level, it was really meaningful to him. He was a great player, but first and foremost he was a great composer. You listen to this stuff and it’s amazing to the ear. “

Bonilla says he and Emerson planned to play with orchestras around the world, but then the effects of the dystonia sidelined the keyboardist. “I think he lost faith in his abilities and didn’t want to let his fans down because his fingers weren’t what they used to be. Of course the fans would have given him a pass and I tried to cover as much as possible with my guitar playing. If there were certain passages that were difficult for him, I would say, ‘Let me do it and you will play chords.’ It was great for him because it was liberating when he didn’t have to carry all of the weight when it came to the colorations and orchestration like he used to be at ELP. Not to be taken from Greg and Carl, but Keith had to carry a lot of that burden. And with a guitarist he could relax a little. He enjoyed it by just tossing the spotlight back and forth. We traded a lot and it was great; I think it just overtook him. We would have gone to Japan. “

When I met Bonilla and Emerson for a personal interview in 2012, you never would have known that something was wrong. There was a real camaraderie between the two, which, together with Terje Mikkelsen, was glowing about her just dismissed Three fates Project Album featuring orchestrated versions of pieces written by both Emerson and Bonilla, as well as a revision of Aaron Copeland’s “Fanfare For The Common Man”. There was a lot of laughter as they passed the microphone back and forth and answered questions. At one point, Emerson placed the microphone between his legs and announced, “You know what ELP means, don’t you? Extra large parts … “

Bonilla acknowledges the man’s quirky sense of humor. “He was a big joker who never took himself seriously. He’s always been the target of musician jokes and the like because it was fun. “

Even so, Emerson was very serious about making music. “When he first did it Is working with “Piano Concerto No. 1” the symphony was very, very snobbish and it was not taken seriously. So it was a real struggle for him to make it because they thought, “Who is this rock guy?” He was that kind of scared when we went to Munich because he thought he’d struggle with it again because he’d put it down for so long. And it really hurt him. But in the end it wasn’t. It was quite the opposite. They would come up to him often and say, ‘The reason I’m in this orchestra is because of Keith Emerson. We were strict classics, but then we saw what he did and he made rock cool. ‘ He also made classical musicals for the rocker. He opened that door, but it was almost like a stargate. He opened it between these two universes and we could pollinate each other. He made everything cool. He made keyboards cool. Before they were only in the back and played, but he was like the Jimi Hendrix among keyboards. “

Keith Emerson, the “Jimi Hendrix of keyboards”, created amazing music in his lifetime. His career and life can never be repeated because he was a unique artist without breaking a mold. One evening in May 2016, the people who loved Keith Emerson most came together to celebrate the man and his music. Now the world can be part of this truly magical evening by picking up The Official Keith Emerson Tribute Concert, either as a digital download or as a CD / DVD package with the incredible artwork by Jerry LoFaro.

To order your copy, go to Cherry Red Records.

To donate to the Dystonia Medical Research Foundation, go to the Keith Emerson Fund. 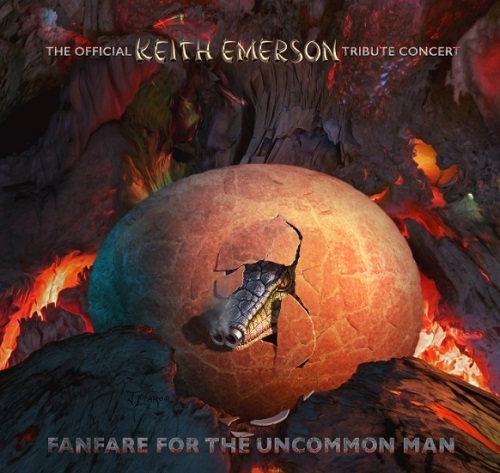