Tribute To Jim Steinman: A Night To Remember

I turned 17 in October 1978, so I haven’t been driving yet. And even if it had been me, I know I would never have dared steer myself to the great Bad Passaic, New Jersey, just 10 minutes from the safe streets of Clifton, where I lived. These mean streets in the next town scared me, although they weren’t that mean in reality, just a little more urban than where I lived (see: protected) on another planet that could have been as wide as my tree population. almost exclusively suburbs were affected.

During that junior year of high school, I had befriended a sensually voluptuous (or is that sensual-lustful?) Blonde named Denise (not her real name). She was a wild chick – sorry, we called girls ‘chicks’ back then, not #metoo me, OK? – very progressive on social grace and with more than one reputation. When Denise moved to my high school in her junior year, she found herself in a class of students she didn’t know very well and didn’t particularly like. Denise also had a body that most girls were jealous of – and most boys were scared to even look at it – and was way out of my league, not that I had a league at the time. But Denise liked me, not like in to like, but as a girlfriend, and I liked her back (sure, I felt like her too, but at this point I was completely ignorant of anything that hinted at romance or sex).

In high school, like most of my life, I made no real distinction between the athletes, the brains, the burnouts; When someone was nice and made time for me, I made time for them, no matter what others thought of them or what group they should fit into. Denise was nice to me, so I was nice to her.

And like almost everyone in my class, Denise and I loved the first Meat Loaf album Bat from hell. When she asked me if I would like to take her extra ticket for the big man who plays the Capitol Theater in Passaic, you can bet I jumped on the offer. And since she was 17 and had her driver’s license, Denise wanted to drive us to the concert.

On the evening of the show, I walked to the end of my dead end. On the corner, as was the custom on every warm night in my suburb, I found a group of boys hanging in and around their bikes. After a round of “What’s up?” And “Hey, Ralph, how are you?” The trio asked me why I was waiting at the end of our street. I offered to have a friend pick me up tonight to see Meatloaf.

Thought I was going to add a little boast, I mentioned that my friend was a girl.

If you can, imagine a less mature reaction from Bevis and Butthead to the possibility that a girl might be around soon. These four guys, all about a year younger than me, even more ignorant of women than me, which says a lot, immediately started kidding me. I did my best to explain that this wasn’t a date, blah blah blah, and when the time went on without seeing Denise the guys took the opportunity to reassure me that I was up, even mine Not date.

I never doubted Denise would show it. Less because of my wonder, but because she’d been mad enough to see Meat Loaf. Remember, this was well before the days of cell phones, text messages or calls to know where they were and when they might be arriving. Back then you just had to have patience and trust. So I stood on the corner, looking east at the four-lane Allwood Road that cut through my part of town, and swallowed the good-natured pricks of my company, knowing that I’d be right soon enough.

The girl did not disappoint.

In keeping with her larger-than-life personality, Denise rumbled down the busy street in a cherry red 1969 Camaro that was still the cutest car of my dreams. When she saw me on the corner, she pulled the car to the curb and my friends’ jaws fell south together. For my benefit, or just part of her usual style, Denise tossed the car into the park, then leaned over the passenger seat almost from the driver’s side (I think you might call the movement “flumping”) and lifted her sizable top half – of-a-shelf from the passenger window.

“Hi Guys!” she said in greeting.

I said “Hello,” made the two steps into her car as Denise sat back and opened the door for me. My friends didn’t say a word. I’m not sure if they managed to make a sound for the rest of the night.

We went to meet Meat. 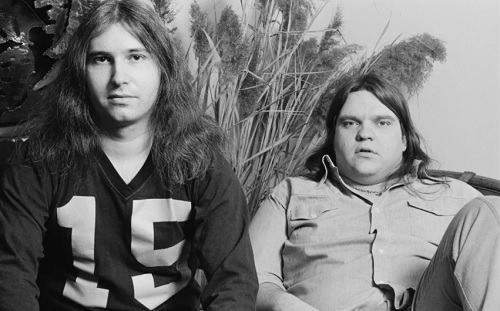 Entering a concert hall like the Capitol for the first time was a revelation. When it first opened in 1921, it was a variety theater and had turned into a cinema over the decades. In the early 1970s, it became a 3000-seat concert venue that supported iconic bands on its fairly large stages or had not yet advanced to mainstream rock. Fame. When I stepped through the thick glass doors, the place was pretty rocky.

As I walked through the crowded lobby with Denise and jostled for a position with half-stoned and some stoned high schoolers, many of whom I knew at least by sight, we came down a tunnel at the east end of the theater and into the actual lecture hall. I had been attacked by the smell of marijuana as I walked down the hall, but then a cloud enveloped me in the house. With more kids filling the islands and shuffling around the seats, I followed Denise’s swaying wide hips as she almost twisted and whirled us to our seats, pretty much in the middle of the orchestra, about 20 rows from the stage.

The Meat Loaf show was a fantastically loud barrage from exaggerated Wagnerian play with undertones of Peter Pan. I’ll never forget it. It started with the big band taking their respective instruments or standing behind microphone stands in dim stage lighting. A spotlight followed Meat Loaf writer Svengali and pianist Jim Steinman as he appeared to be just emerging and strolling to the left edge of the stage. As the man stood like a statue under the cheering of the audience, a deep, steady bass drum beat began. Steinman looked like a wild rock and roll villain in black jeans, black T-shirt, black leather jacket, long silver-white hair that fell over his shoulders, mirrored aviator sunglasses and white gloves. God knows how long he stood stock still, reflecting us all on ourselves, then he raised his hands and turned them to shoulder height and continued to pluck his fingers off his gloves, only to reveal another pair of gloves underneath. Fantastic rock drama with a visual play on words. How could this night get any better?

Steinman went to the small grand piano that stood on the stage behind him, and then sat … and continued beating the keys in a wild cacophony. Somehow the band followed him and rumbled right into the breakneck opening of the song “Bat Out Of Hell” as Steinman hammered out the main riff.

I was transported, as if banned, mistaken, in love, delighted, and that only in the first five minutes. Meat Loaf was, especially then, one of the most dynamic artists you can ever see. God what this show was an eye opener for me! The songs, all written by Steinman, betray teenage anxiety, a busty girl who always approaches too dangerously for me, I’ve tried just as hard to record the show in front of me as the one that’s going on around me in that wacky marijuana – smelling theater deep inside Passaic.

My very first rock show would be one that I would measure the rest of my future by. Very few came even close.

To find out Jim Steinman died really blew my mind. Perhaps I have longed for my past more than usual (which would say a lot since I lived so much in the past and rented furniture there) and am so deeply saddened by the state of streaming concerts and virtual ‘gigs’ instead of Live concerts.

Few other songwriters mean as much to me as Steinman. By working with Mr. Loaf (and we have to remember not only Meat Loaf’s first album, but the fantastic one too Bat Out of Hell II: Back to Hell, Steinman’s hits for others, like Bonnie Tyler, and his theatrical music productions, he created Sturm und Drang that have never been heard in rock. And although in 1978 I was certainly an impressionable youth, so was the music of that time; Concerts I’ve seen, radio I’ve listened to, albums I’ve bought are indelibly imprinted on my heart and brain, that doesn’t make this music any less powerful or great.

Jim Steinman had a unique style of songwriting that lifted him above all other greats, men and women, whom I certainly love. Theatrical, without being musical filth, rock’n’roll, just as permeated with 50s sensitivity as it is currently modern and completely unmistakable, Steinman wrote, like everyone else I think is great, according to his own rules. And with Meat Loaf fronting their creations, the team was unstoppable at a time when I felt that music was really important. 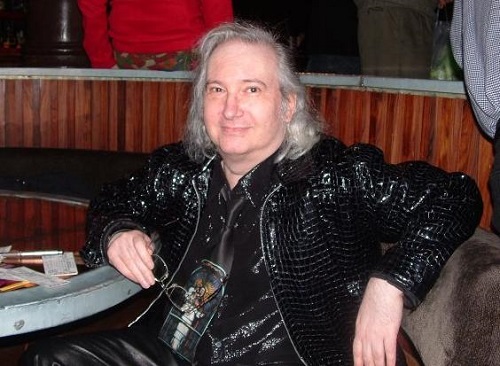 turn ANY PHOTO to WATERCOLOR painting in PHOTOSHOP

21 of the Best Things to do in Chicago